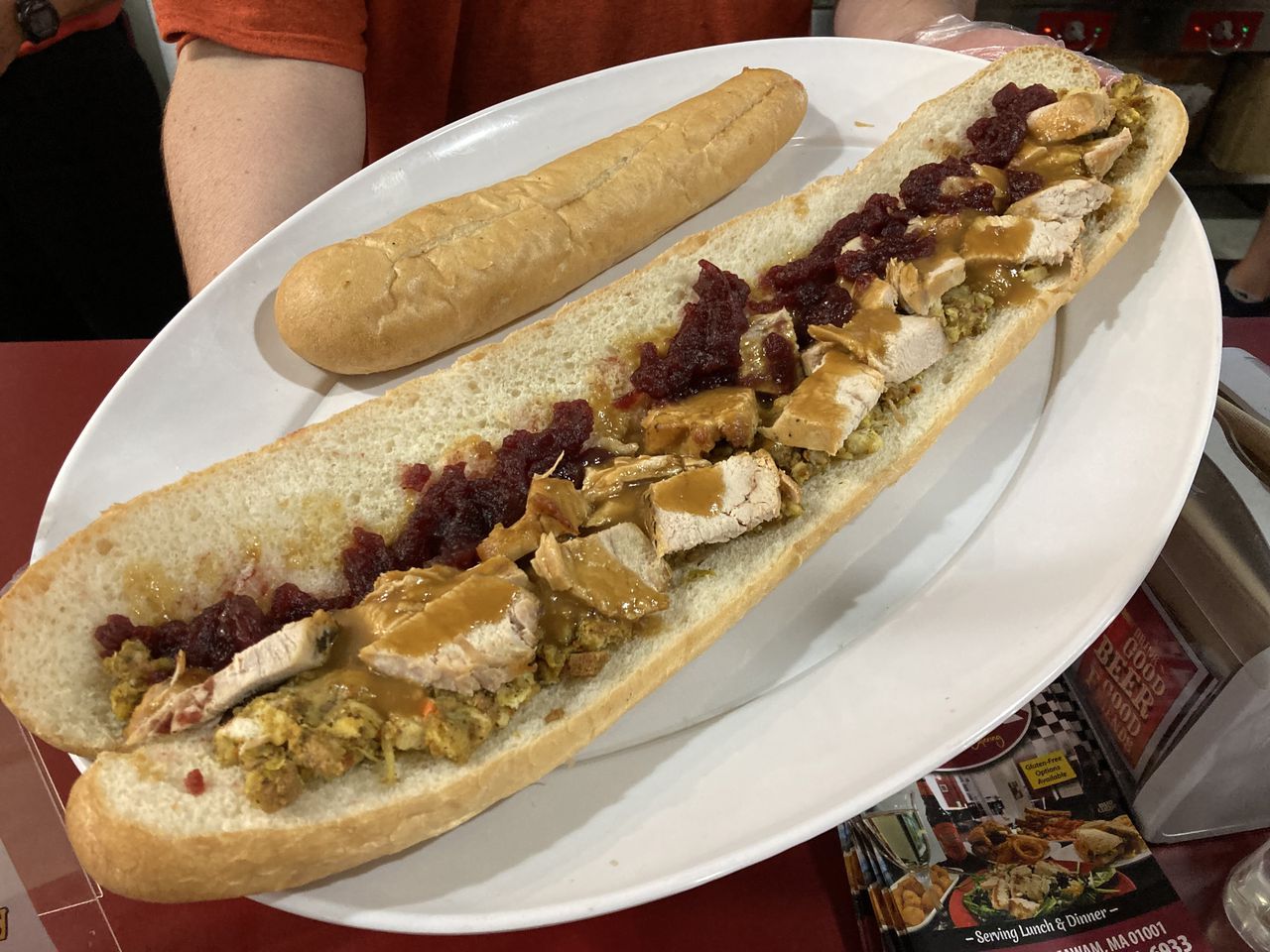 What to eat in every Big E State Building, and why Massachusetts is now the best

Beyond all the fried dough stalls, tents full of hot tubs for sale, leather belt vendors, and the general sea of â€‹â€‹flashy food on display is the most underrated part of The Big E. : state buildings.

Tucked away on the Avenue of States, away from most entrances and unpretentious for those unaware, the state buildings are replicas of their actual counterparts in the capitals of every state in New England. . They’re also hubs for awesome vendors who come from every state and showcase some of the best goodies throughout the fair.

Usually, state buildings house some of the busiest areas of the fair. Normally this is a downside. Amid the COVID-19 pandemic, this is a serious issue to consider, even with an indoor mask warrant in effect in West Springfield.

So even though festival-goers are required to wear masks indoors, state buildings might not be a break for some visitors. Fortunately, some vendors are located outside of their respective buildings.

Whether you are looking to get inside or just stay outside, there is plenty to do in every state building.

In years past, Maine and Vermont were the stars of the Avenue of States. However, things have changed in 2021. Suddenly Massachusetts has the busiest lineup, Rhode Island has new features too.

Here’s a look at what to get in every state building in the Big E, and whether every location is indoors or outdoors:

The Massachusetts Building is absolutely busy this year. You have the usual ones: Cider donuts, lobster rolls, chili, maple candies. It’s all back.

But on top of that, there are a few more recent additions, including:

Macken’s Specialty Sliders (outside) – This is the Southwick-based company’s first year at The Big E and they’ve gone all out, setting up a full booth behind the building and baking fantastic food between the buns. For the sliders, they have the Cowboy BBQ, Garlic Bomb, El Diablo (with sriracha), and a Caprese slider. But the highlight is the Bacon Waffle Burger served on two delicious cork waffles, soft and delicious. It’s one of my favorite new foods at this year’s fair.

Main Street Deli, (with The Pilgrim (Indoor) – It’s hard to miss the large panels featuring ‘The Pilgrim’ sandwich (above), which comes in 12-inch and 24-inch versions, with all the familiar ingredients of a Thanksgiving sandwich, from the local turkey to cranberry sauce. They also have maple bacon and mac and cheese along with their Thanksgiving Bowl, which takes bread out of the equation.

Valley Malt Beer Garden (exterior) – Located a stone’s throw from Macken’s, this is one of the fair’s most underrated places to grab a beer. They have the Big E Cream Puff Stout, which is really good. But they also have a lineup that spins across great beers from Massachusetts breweries including Trillium, Amherst Brewing Company, Redemption Rock, and Wormtown Brewery.

Sub Zero nitrogen ice cream (inside) – You can stand and watch the ice cream brew right in front of you using liquid nitrogen, freeze the ingredients and create a cool cloud of fog as the finished product comes together.

The Rhode Island building has gone through a number of changes in recent years, with the hot weiners stand giving way to a beer garden. However, there are a few new places that stand out.

Wright Dairy Farm and Bakery (inside) – The North Smithfield-based farm releases its delicious cookies in two forms. You can either get the giant cookies on their own or as an ice cream sandwich (see above).

Friskie Fries (inside) – Here you can order fries in 20 different ways, ranging from poutine and chili fries to General Tso chicken and Buffalo. There’s also the crazy option of S’mores fries. But you better stick to the salty stuff.

The Maine Building is normally busy, but faces a few absences this year amid the COVID-19 pandemic. Note that the Wicked Whoopies stand is empty, depriving us of their crazy collection of flavors. The place that serves blueberry pie and ice cream is also gone. But we still have:

Maine Baked Potato (inside, cash only) – This is one of the most popular items at the fair, which is why the line usually rolls up outside the building and in its own separate tent. If you’re willing to wait, the end result pays off. It’s a damn good potato.

Sebastian’s Smoke House (indoors, cash only) – I’ve long been a supporter of their smoked salmon on a stick as a fun but healthy option at the fair.

The Connecticut Building is essentially a double building. There’s the State Building itself and then there’s the big tent in the back which has an indoor-outdoor hybrid space. The increased space makes it more accommodating for crowds.

Danny’s Little Taste of Texas (outside) – This is another popular place for baked potatoes and also has an elaborate system for taking care of the lines. They specialize in garnishing theirs with an on-site barbecue.

The Mediterranean bistro of Noujaim (under the tent) – Come for the hummus, stay for the super bread pudding with a cardamom cream sauce.

Randy’s Wooster Street Piza Shop (inside) – My favorite place at the fair to buy pizza. Beware of the Skippy’s Dare, which is a bacon and peanut butter pizza. You’re probably better off going with a slice of classic cheese or white sauce.

It’s another building that is normally crowded, but also has some familiar faces missing this year. One of my favorites, Cookie Love, didn’t have its usual place. Luckily, there’s plenty to enjoy, especially if you’re looking for apple cider or maple syrup.

Ben & Jerry’s (inside) – Over the years I’ve said to skip Ben & Jerry’s. But they do offer the “Perfect Maple Milkshake” with Ben & Jerry’s ice cream and Vermont maple syrup which is exclusive to The Big E.

La crÃªperie Skinny Pancake Vermont (inside) – A great place for sweet and savory pancakes, with lots of Cabot cheddar and other Vermont produce.

Finally, at the right end of the Avenue of States is the modest New Hampshire building. It is normally one of the less frequented, thanks to its layout. There are also two great spots.

Zack Mac N ‘Cheese (indoors, cash only) – If a salesperson has set up a space for when a line comes out of the building, you know it’s okay. This place has some of the best made-to-order macaroni and cheese you’ll see at the fair with the option to add bacon, broccoli, garlic, and lobster. You can also get all of this in “Zack Attack”.

NH Kettle Corn / Cloud Nine Delights (outdoor) – You will smell the giant kettle preparing giant batch popcorn before you see it. Unless you’re indoors and wearing a mask, in which case it’s a pleasant surprise. Either way, this is my go-to spot for kettle corn.

Protect Your Children From COVID While Playing Sports | Health Info

Couple BOOTED from a restaurant date to WEAR face masks