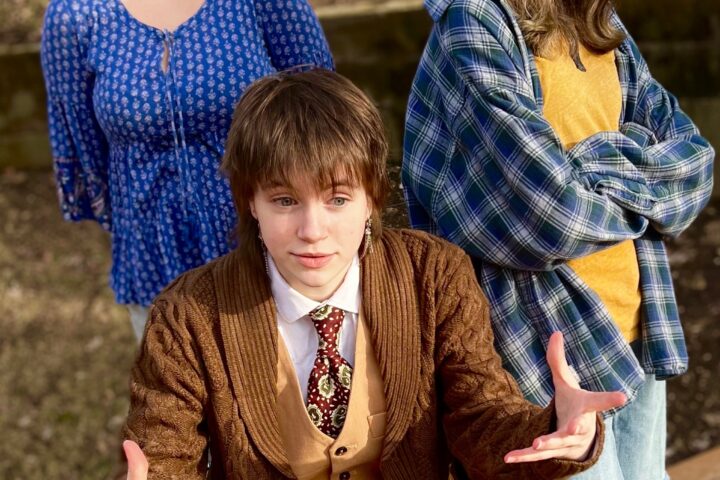 The production will feature BTC’s award-winning senior ensemble (grades 9-12) from Westchester, Connecticut and the Bronx

Westchester’s Broadway Training Center (BTC), one of the region’s leading performing arts schools, will present The Lightning Thief: The Musical by Percy Jackson from April 1 to April 3 at Hastings High School in Hastings-on-Hudson, NY The show will feature BTC’s award-winning senior ensemble of advanced students (grades 9-12) from all over Westchester, southern Connecticut and the Bronx. The 15-member cast – part of BTC’s award-winning senior ensemble – includes 4 students from Irvington and 2 of Tarryvilleincluding senior Chloe Banino in the title role of Percy Jackson.

Based on the bestselling Disney-Hyperion novel by Rick Riordan, The Lightning Thief: The Musical by Percy Jackson is the story of teenager Percy Jackson who discovers he is a demigod. He embarks on an epic journey with friends to find the missing lightning bolt of Zeus and prevent a war between the Greek gods.

Theatreworks USA originally brought the show to New York City as an hour-long musical at the off-Broadway Lucille Lortel Theater. After a national tour, an expanded version of the show returned to the Lucille Lortel Theater in 2017 with a new score and a more developed script before embarking on a second national tour in 2019. The Lightning Thief officially opened on Broadway at the Longacre Theater in October 2019 and played a limited run, ending in early 2020. The show was nominated for three 2017 Drama Desk Awards, including Outstanding Musical.

“We are extremely excited to bring this fun and energetic show to Westchester,” said Jason Brantman, co-artistic director of the 501(c)3 nonprofit organization. “It’s a magical story meant to teach our children, and us, the importance of accepting one’s identity and the power of friendship,” added fiona santosmusical director and fellow artistic director of the Broadway Training Center.

With a faculty comprised of professionals who have performed on Broadway and other top venues, BTC is well known for its high-quality productions and high-impact youth education work. The performance program, Ensemble, is BTC’s most intensive offering, requiring an entrance interview and placement audition. Offering conservatory-style training in a highly stimulating and professional environment, it involves a rigorous rehearsal schedule, as well as a year-long commitment to technique classes in two of the three main acting disciplines., dance or voice.

The school and its students have won more than 90 National Youth Arts Awards, including Outstanding Ensemble for 14 consecutive years. Westchester magazine hailed BTC acting classes as “the best in South Westchester.” Westchester family named it “Best Children’s Theater Company” and BroadwayWorld dubbed BTC “the best dance studio of the decade” in Westchester and Rockland counties.

Please note that government mandates, venue protocols and event requirements are subject to change. Be sure to check the ticketing website for the latest information on this production’s COVID protocols

What do women need now?

Malaysians throw away 86 tonnes of face masks every day