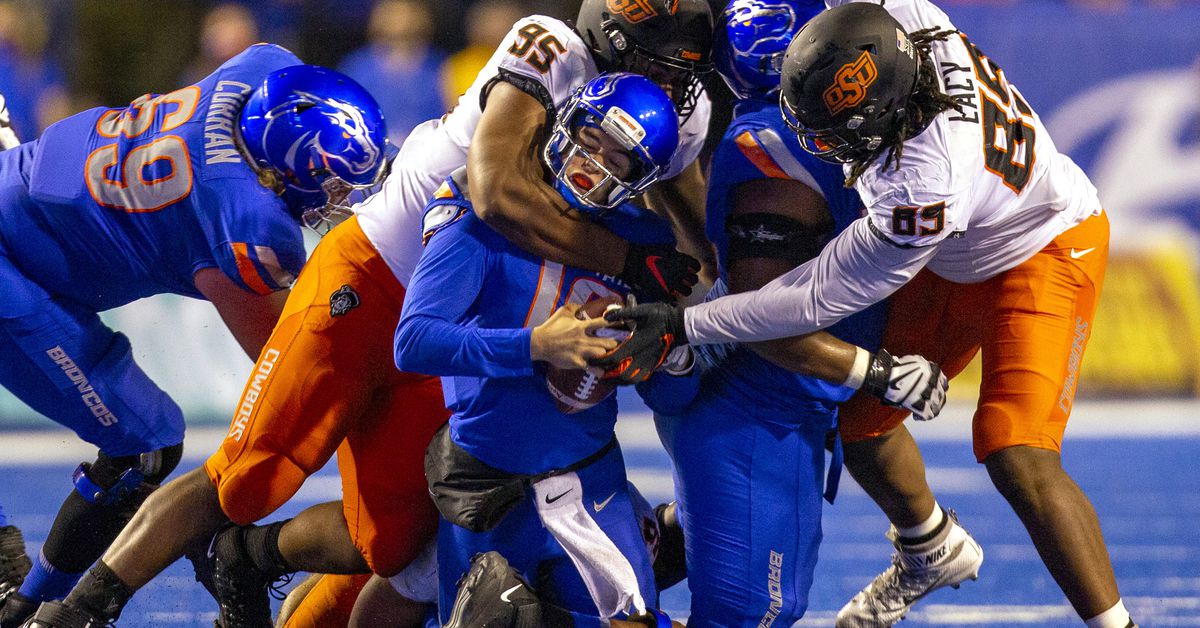 Boise State came out on fire, the offense moved the ball and the Broncos appeared to have a comfortable lead before half-time. Then the last four minutes came. It was like Orlando again. Questionable passing interference and a late fumble resulted in a 21-20 deficit at halftime. Neither team scored in the second half and it became a story of missed opportunities, instead of a season-changing win. Of course, there were questionable calls, but all three phases of the game didn’t play to their potential on Saturday night. Let’s take a look at the performance of each unit.

Look, the defense did a disservice to offense by allowing Oklahoma State to dominate possession time in the third quarter. But it was again the story of two halves. Play by calling on left fans scratching their heads and lack of pass protection Left quarterback Hank Bachmeier eats turf for much of the second half.

Changes must be made on this side of the ball. Maybe they need to give a young offensive lineman a chance, or maybe it’s time to give a more mobile quarterback like Jack Sears a few playoffs. I don’t think Hank is the problem, but a more mobile quarterback might help mask some of the offensive line’s shortcomings. Whatever the problem, the Broncos need to find a way to pick up more rushing yards.

Coaches made adjustments and were able to slow down the Oklahoma State game in the second half. But Jaylen Warren absolutely punished the Boise State defense. The Broncos need to find a way to slow down those big ball carriers and stop long runs between tackles. The defensive line was supposed to be the strongest unit on this team and the secondary was supposed to be the weakest. That hasn’t been the case so far as they play high school has been a big surprise for the Broncos.

The special teams play has been above average all year, but they couldn’t play the only game they needed. The late miss, it has haunted Boise State for the past decade. It cost the Broncos a Rose Bowl in 2010, a BCS game in 2011, a Mountain West Championship in 2018 (PAT blocked) and now a win over a Big 12 opponent. It hurts, you have to make the big plays when they matter most.

What was it about the Broncos’ 21-20 loss to Oklahoma State? Leave your thoughts in the comments below.