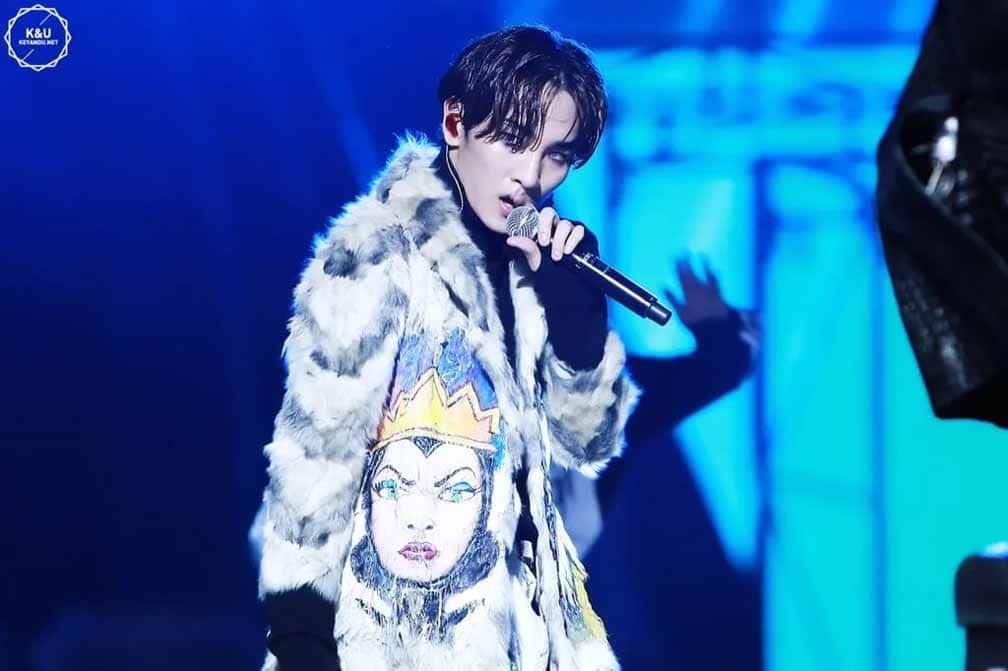 If you come up with a list of the most fashion-forward K-pop idols, SHINee’s Key will definitely be in the Top 5.

Who could forget the Maleficent coat Key wore during his performance at MAMA 2015? Or the leather harness he donned under an open black jacket for his solo number at a SHINee concert? Even her off-stage clothes are adorable. He looks good in shorts and jeans, but you’ll never see him dressed so casually that he looks like he’s going to the supermarket.

Come to think of it, SHINee has always been a forward-thinking group. Their stage outfits are always talked about. Among the clothes they popularized are printed scarves, vests, red jeans, ripped jeans, even headbands.

It’s not always leather or neon colors. Sometimes he just wears black jeans and a white hoodie, but he always looks fashionable.

Key is also known for his eyebrow scar and in 2021 he collaborated with French makeup brand Make Up For Ever when they launched their Aqua Resist brow collection.

So why am I talking about Key? He is coming to Manila, along with three other K-pop groups, for the first K-pop (and international) concert here since February 29, 2020. I know the exact date because I watched this concert and the artists in this event, NCT Dream, will also star with Key, WEi, and Alice, in Begin Again: KPOP Edition which will take place on May 29 at 5 p.m. at Smart Araneta Coliseum.

It’s not the first time for Key, NCT Dream and Alice (formerly Elris) in the Philippines, but WEi (except for Kim Dong-han who performed as a solo artist here before) is a first time visitor.

By the way, the last time Key was here was with SHINee in 2017 for a benefit concert.

The four groups have just released their latest works. NCT Dream has successfully completed its “Glitch Mode” era with 2 million albums sold. This comeback also marked their first entry on the Billboard 200 Chart at No. 50, proving their popularity internationally.

Meanwhile, SHINee’s KEY debuted as a solo artist in 2018 and he has since released several albums, Bad Love being the latest. The mini-album was released in September last year and featured six tracks, including the title single. It earned Key his first music show win as well as critical acclaim, including third place on NME’s “25 Best K-pop Songs of 2021.”

Finally, girl group Alice released their latest single “Power of Love” on May 4th. Members EJ, Do-A, Chae-jeong, Yeon-jae, Yu-kyung, So-hee, and Karin lent their beautiful voices to this moving ballad. . It sings of longing for a distant loved one but never loses faith in their connection – the perfect song for these tumultuous times.

Tickets are available at www.ticketnet.com.ph and all Ticketnet points of sale in the country. This event is organized by CDM Entertainment in partnership with BRODYWORKS.

By the way, we finally go out and make up again. I still don’t wear much, usually just a brow product (Benefit 24-HR Brow Setter Clear Brow Gel), concealer (Make Up For Ever Ultra HD Concealer) and lip gloss (NYX Butter Gloss) or rouge lipstick (usually MAC because it doesn’t get dirty under a mask).

Benefit’s 24-HR Brow Setter Sheer Brow Gel is something I’ve fallen in love with during the pandemic. You can get a laminated look with this clear brow gel. I like it because it really holds my brows in place, doesn’t flake off and would probably last 24 hours as it says.

Meanwhile, the Make Up For Ever Ultra HD Concealer is the only concealer I’ve completely finished. I know I’ve talked about it many times in this space and I’m still in love with it. My favorite thing about this concealer is that it’s self-adjusting and doesn’t need to be set with powder. The second thing I love is the finish and its ability to stay in place before my eyes without creasing. At P1,900 it’s a bit pricey but worth every penny.