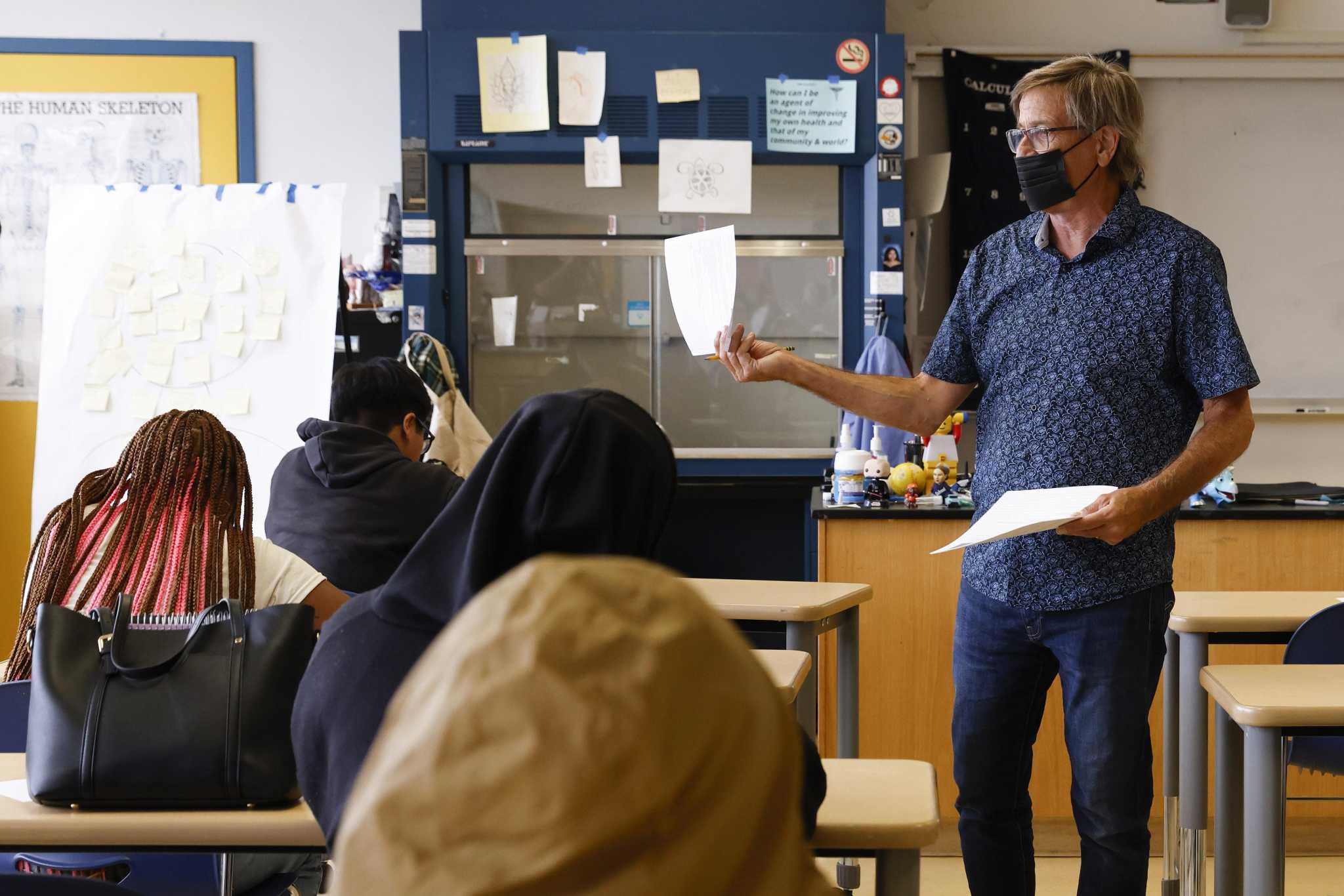 The summer COVID surge in the SF Bay Area is almost over. And after?

With no worrying new coronavirus variants on the horizon, the region appears to be heading for a welcome respite from the pandemic. And as early as next week, the federal government could begin shipping updated booster shots that target the latest omicron sublines and could help extend vaccine protection well into the fall.

Despite the many reasons to feel optimistic, Bay Area health experts warn that we’ve been here before and the coronavirus remains an unpredictable foe.

“It’s hard to say where we’re going to go next,” said Stanford infectious disease physician Abraar Karan. “We don’t know when the next big push will be, but we do know that in the winter months we’ve seen resurgences.”

A challenge ahead is that tracking case numbers has become increasingly difficult with so many people now testing from home – whose results are usually not registered with the state or counties – or no test from home. everything. The problem could be exacerbated starting Friday, when federal authorities are expected to stop sending free home COVID test kits through the mail due to a funding shortfall.

On Tuesday, the Bay Area reported a seven-day average of 18 daily coronavirus infections per 100,000 people, according to state figures, while California’s seven-day average fell to 21 per 100,000. , compared to 37 three weeks ago. The statewide test positivity rate dipped to 8.7% but remains well above the 1.2% average recorded in mid-March following the winter surge.

COVID deaths, however, have plateaued, with the state now averaging 45 a day. The Bay Area is reporting 14 deaths a day, down from just 5 a day recorded a month ago. Hospitalizations also remain stubbornly high, with 3,108 patients counted in California on Tuesday, including 540 in the Bay Area — roughly the same numbers recorded in mid-June.

“I’ve been so affected by the virus that I’m hesitant to make any predictions,” said John Swartzberg, an infectious disease expert at UC Berkeley. “The good news is that we are coming out of the wave. But that doesn’t give me much comfort because when we hit our nadir the week before Thanksgiving last year southern Africa went through the omicron and within six weeks we were in the worst part of the pandemic we’ve ever been known.

“We didn’t see it coming until it hit us right in the face,” he said, referring to the biggest – but not the deadliest – wave of the pandemic so far. day.

The highly contagious and immune-evasive BA.5 omicron subvariant is still the dominant strain of the virus, accounting for approximately 94% of sequenced coronavirus cases in the Northern California region, followed by the new BA.4.6. There are currently no other variants raising red flags, the experts said.

“I would say the workload is still quite high,” Karan said. “All metrics tend to drop, but where that settles is unclear.”

Other factors, however, could slow the downtrends or even cause a further rise in the fall.

Schools across the state are reopening without the virus mitigation measures that were in place last year, according to updated guidelines from the US Centers for Disease Control and Prevention that no longer call for masking to inside classrooms or monitoring tests for students and staff.

The number of people re-infected with the virus could also create a long tail of infections before the surge subsides completely, especially as shorter days and cooler months arrive and people spend more time outdoors. inside.

“Things that we know are contributing to these flare-ups are still in play,” Swartzberg said, adding that human behavior could play a role in what comes next. “What’s different this year is that people have decided the pandemic is over or of negligible significance and are acting on it.”

Dr. Bob Wachter, UCSF’s chairman of medicine, said in a lengthy Twitter thread over the weekend that he still plans to refrain from eating indoors and don a mask in rooms. overcrowded until daily case rates drop below 5 per 100,000 people in the region. But that puts him in the minority, with a growing number of Americans saying they have returned to their “normal” pre-pandemic lives, according to a national survey.

“We are up against other forces,” Karan said. “We are faced with politicians who want to move on. We are facing fatigue, where people no longer care about being infected. I see a lot of people trying to downplay the virus because they don’t want to change behaviors or see policies they consider intrusive, like mask mandates.

That could be a dangerous attitude, experts say.

If the general public assumes the pandemic is over, already slow vaccine uptake could mean fewer people lining up for new “bivalent” COVID boosters that target both earlier strains of the virus and later variants of the virus. omicron family.

Only two-thirds of the US population are fully immunized, and less than half of them have received their first booster dose, according to the latest figures from the CDC.

And despite the widespread availability of new drugs and treatments that are reducing the number of virus-related hospitalizations and deaths, there are growing concerns about the potential impact of the long COVID, which the government has just begun research into. . Between 2 million and 4 million people are out of work due to persistent disease symptoms, according to a recent report of the nonpartisan Brookings Institution.

“It’s a mixed bag right now,” Swartzberg said. “The big question mark is what this virus will decide to do. The other question is, what are people going to decide to do?”

Aidin Vaziri is a writer for the San Francisco Chronicle. Email: [email protected]

Where to buy the best N95 and KN95 masks – Billboard