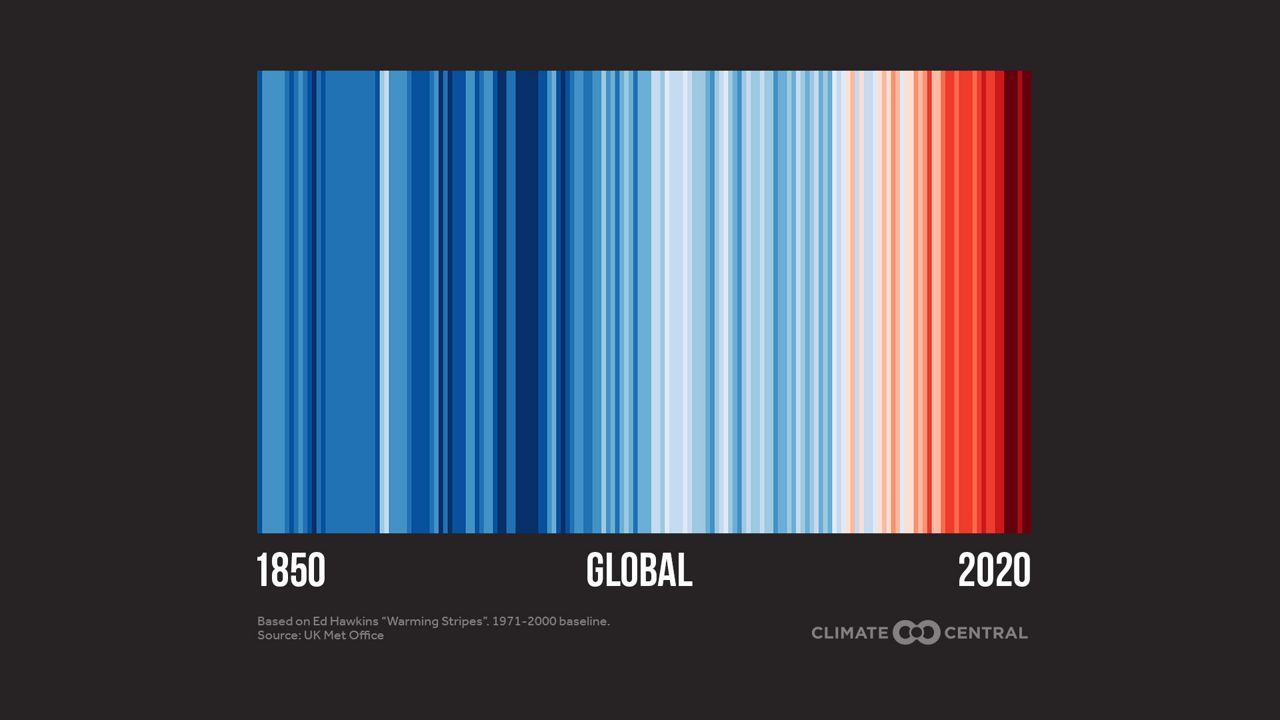 The recent warm afternoons made it seem like summer has been here for a while, but we officially welcomed the new season on Sunday at 11:32 pm with the summer solstice.

This is the time when the Earth’s axis has its greatest tilt toward the sun, and the sun is directly above the Tropic of Cancer. The result is the longest day of the year in the northern hemisphere.

This is a good time to remember that the summer season can bring the most severe effects of a warming climate, such as heat waves, poor air quality, and more severe hurricanes.

In order to draw attention to how the Earth’s climate has changed, climatologist Ed Hawkins of the University of Reading, England, has developed a unique way to visualize the warming pattern: through a simple image of stripes. With blue representing the coolest and red the hottest, each line symbolizes the deviation of the annual temperature from the 20th century average.

At a glance, it’s clear that fluctuation is happening over time, but the last few years have tended to heat up.

In an email, Hawkins wrote, “Warm stripes start conversations. Their simplicity means that they have been used in so many different creative ways to communicate about climate change, especially to various groups who are not normally exposed to such information. “

Bernadette Woods Placky is the chief meteorologist for Climate Central, a nonprofit group. She shared the wide range of how the stripes were displayed.

“The image has become a symbol of inspiration and hope, sparking so many conversations about climate change – from teachers lining their classrooms and face masks, to a German train station design, a finance CEO’s scarf and coverage of The Economist, ”said Woods Placky.

The stripes have especially gained popularity with broadcast meteorologists in the United States.

Jeff Berardelli is one such meteorologist, leading the way by hosting the annual #ShowYourStripes day on or around the summer solstice. This is an opportunity to share local stripes with viewers; 2020 marks the fourth year of social media awareness.

“Hawkins heat strips are a great example of extremely effective communication, where less is more. With a single glance, a person can see how quickly things are changing and temperatures are heating up due to the actions of mankind. This is why the visual has become an international symbol of climate change, ”said Berardelli.

Here in Florida, statewide data represents NOAA’s average annual temperature anomalies from 1895 to 2020, which have tended to warm in recent years. 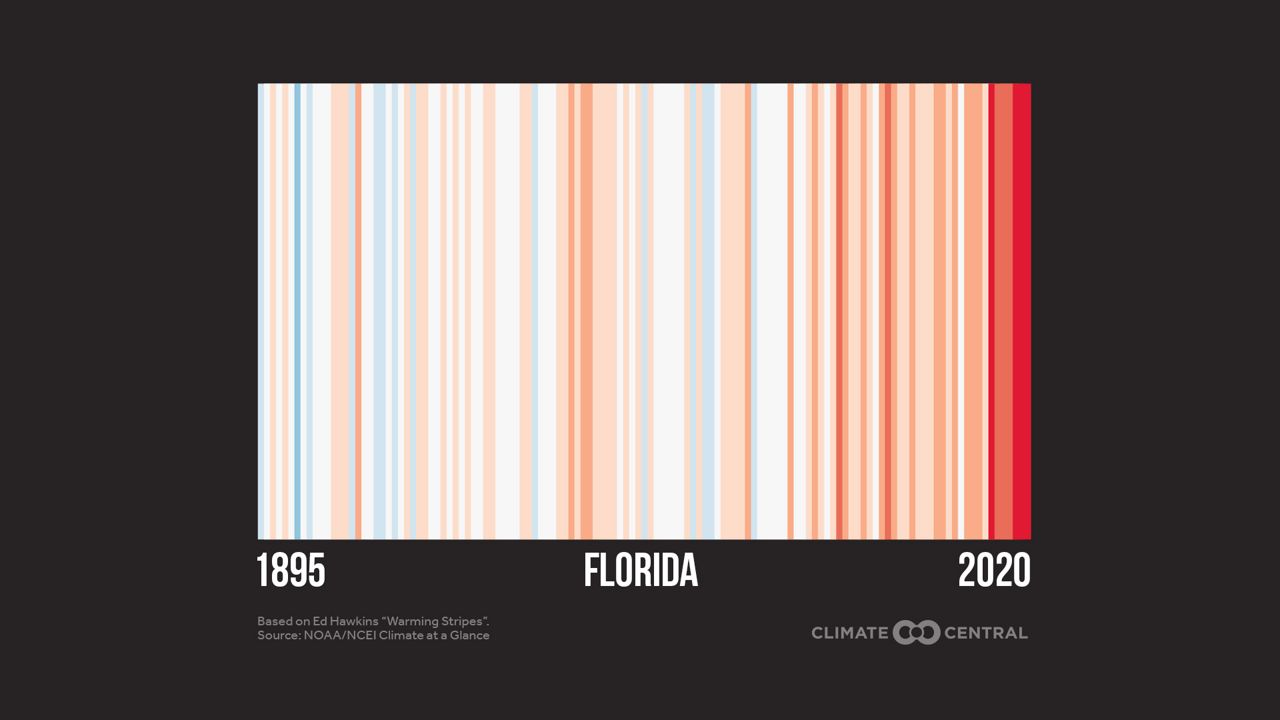 You can look for scratches country of the world and for hundreds of cities in the United States to see how the local climate has changed.

Hawkins said, “We created them to download for free so they can be used as widely as possible to tell important stories about how the climate is changing globally and locally. “

Man from Mass. receives thanks from Biden for custom masks