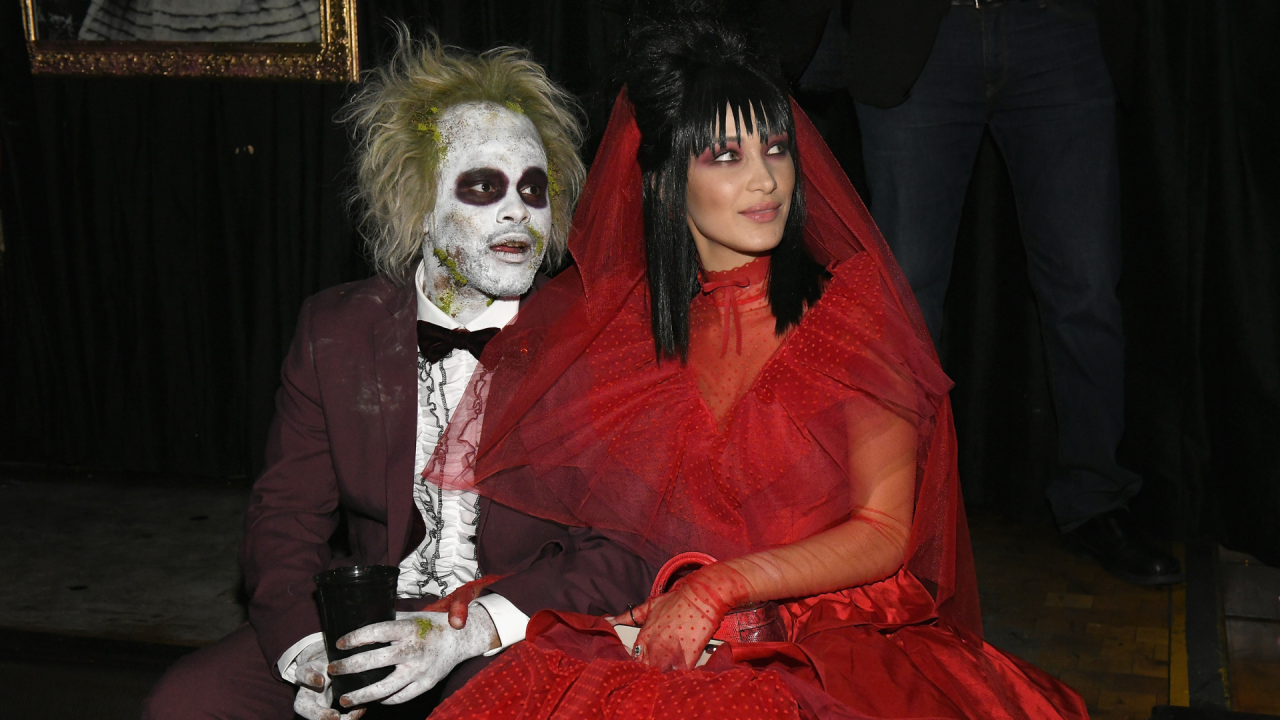 Popular 80s Halloween costumes to get the party started

AMARILLO, Texas (KAMR/KCIT) — A Halloween costume can tell you a lot about current trends that cross generations.

Whether you’re an iconic figure of the times, a haunting killer with a distinctive mask, or a vague idea that needs explaining, a Halloween costume can fully represent a generation without a single word.

These throwback costumes were made popular in the 80s with the most iconic moments and stars that have stood the test of time:

Single “innocent” twins standing at the end of a hallway can cause a skin-tingling reaction in even the bravest individuals. “The Shining” hit theaters in 1980 and produced one of the best-known images that is used today to present the ultimate spooky experience.

The couple’s costume was never made more popular than by Danny and Sandy’s iconic duo from the musical “Grease.” Although the movie was released in 1978, this costume was mostly spotted in the 80s, as their perfect pairing turned out to be the ultimate show of romance in costume form.

With ’80s hit songs like “What’s Love Got to Do with It” and “Let’s Stay Together,” it’s no wonder Tina Turner became a popular costume in the ’80s. legendary musician proved to be a favorite both in the 80s and today with a signature style recognizable by all.

Another iconic figure included Tejano music star Selena Quintanilla who started her career in 1981 and was known for her creative Latin style as well as her influential music. Selena’s signature fashion will forever be imitated as her style has created a unique blend of Latin culture and glamor that makes for an elegant costume.

A Halloween party wouldn’t be complete without someone dressed as 80s pop princess Madonna. With bleached blonde locks, dark bushy brows and a mole on her lip, the “Material Girl” singer is an instantly recognizable icon that will have you playing “Borderline” on repeat.

All it takes is a white hockey mask and a bloody plastic knife to bring serial killer Jason from the original 1980 movie “Friday the 13th” to life. It might be an easy costume to put together, but the feeling of dread in a shocking encounter will be nothing short of hardcore. Side note: Freddy Krueger from “Nightmare on Elm Street” inhabited the same universe as Jason and would also make a scream-worthy costume.

The Teenage Mutant Ninja Turtles can take a family costume to the next level. The Turtles were introduced to the world in a series of comic books before hitting the small screen in 1987. The cult following was instant and the Halloween costumes were creative, with green jumpsuits and colorful bandanas established as an easy way to represent Leonardo, Michelangelo, Donatello or Raphael.

It’s easy to step back in time with a Cher costume. There’s no denying that the goddess of pop’s most memorable looks span generations, but ’80s Cher encompasses a unique mix of sequins and bodices bordering on the weird, which screams, Cher!

Bright Miami nightlife colors, a glamorous ’80s power suit, and a “can’t be bothered” attitude make this a great “Scarface” costume. The 1983 film brings Michelle Pfeiffer and Al Pacino together to not only create a blockbuster hit, but also spawn some fabulous characters to emulate on Halloween.

Dive into the party with this awesome Blues Brothers costume. Grab a friend in a black top hat and suit and play as the comedic brothers, played by John Belushi and Dan Aykroyd, in the 1980 film ‘The Blues Brothers’.

Take knee-high socks, a long button-down t-shirt, and the first seven piano notes of the song “Old Time Rock and Roll,” and “Risky Business” character Joel, played by Tom Cruise, was born. Add a quick room slide and some 80s dance moves to get the party started.

Michael Jackson was a huge musical presence in the 80s with the world embracing the star by dressing up like him for Halloween. Jackson’s elaborate fashion sense, along with his signature moonwalk, made this costume one of the most worn in the ’80s.

The 10 Best Skincare Products Safe For Pregnancy, According To Experts