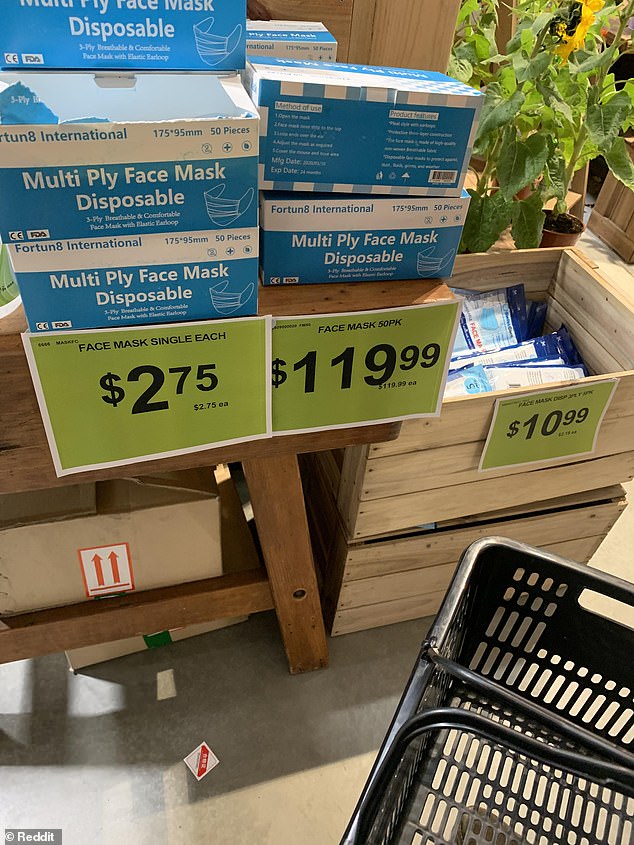 A supermarket sparked public outrage by ‘mistakenly’ tripling the price of face masks hours before new coronavirus restrictions were applied.

Australia’s capital territory made masks mandatory outdoors and in indoor public places on Monday in response to a growing epidemic in neighboring Sydney.

As the Canberrans rushed to stock up on masks, shoppers were shocked to find 50 packs sold for $ 120 at Supabarn Kingston, in the south of the city.

It didn’t take long for locals to express their outrage and share photos of the price hike on social media.

Supabarn Kingston, in the nation’s capital, was selling packs of 50 masks for $ 120 on Sunday night. The price has since been reduced to $ 40

“Haven’t they made price increases illegal? I am now boycotting Supabarn and will encourage everyone who listens to do so too, ”one person commented on Reddit.

One Reddit user pointed out that it was cheaper to buy 10 packs of five masks at $ 10.99 each.

The Facebook pages of local communities in the nation’s capital were also inundated with angry comments. 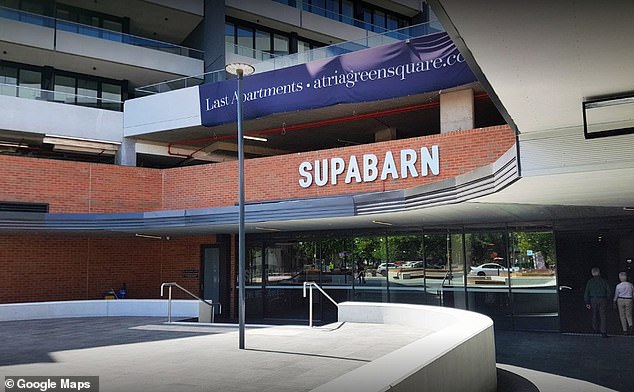 The store (pictured) in South Canberra then canceled the price hike, claiming it was a mistake

The store was also inundated with negative reviews from Google.

“How appropriate is it to charge $ 120 for a pack of 50 masks?” Other stores charge $ 20-30 for the same brand. Exploit the desperation of their clients to the detriment of public health. Absolutely disgusting, ”wrote one man.

Another added: “Raise prices during Covid restrictions and then say it was a mistake? Don’t think so.

Widespread outrage prompted the supermarket chain to slash the price by $ 80.

“Things changed so quickly last night and we admit it was our mistake. The price has risen to $ 39.99 – we won’t make any profit, ”a spokesperson told ABC. 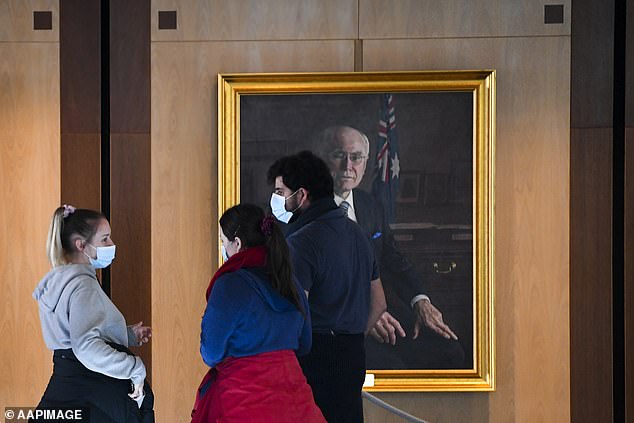 ACT introduced mandatory face masks in public this week. Pictured are visitors to Parliament on Monday

The Canberrans had until midnight Tuesday to adjust to the new mask rules before fines of up to $ 8,000 were applied.

There are currently no active Covid cases in the nation’s capital.

“The safety of our community is paramount, so we are introducing this requirement as a proactive measure to support the tightened travel restrictions we have put in place,” the government website ACT says.

“This new requirement means that when people are indoors with people they don’t usually live or work with, or on public transport, they must wear a face mask.” 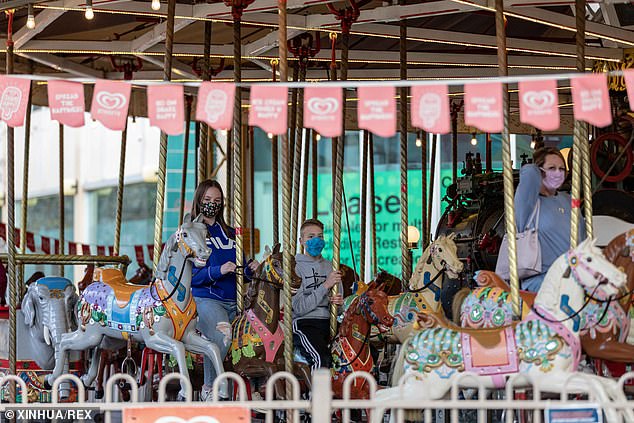 The Canberrans are also required to wear masks outdoors, despite no current active cases in ACT. In the photo, the inhabitants are taking advantage of the school holidays

What You Missed From Denver Fashion Week 2021