It is one of the most consumed drinks around Christmas in the Caribbean: sorrel.

Winnie Harlow, who is a Jamaican-Canadian model, made the traditional Caribbean drink for the first time on her own during an Instagram Live link with famed dermatologist Dr. Rosemarie Ingleton, founder of ROSE Ingleton MD , who lives in the United States but grew up in Jamaica.

During the IG live, an important question was raised. How to make sorrel? Do you steep it or boil it?

In the video, Harlow describes sorrel as a Caribbean holiday drink that is typically drunk around Christmas time and is made with the hibiscus flower.

The model while making the drink had an important question for her Jamaican friend, whether she boils or steeps her sorrel, to which Dr Ingleton answered boils.

Harlow: ‘We don’t boil in our house, my stepdad would be upset if I boiled him. My stepfather would take the hibiscus and put it in water and let it steep. My stepfather usually takes a week to make his sorrel.

“So when my stepdad brews, he brews until it looks like blood, really rich, really tasty,” as she laughed, it was her first time doing it. “I need all the Jamaican help I can get right now.”

As the holiday season approaches, Harlow has made sure she will have some sorrel: “I have my stepfather who sends my sorrel in the mail because I can’t spend a period holidays without having good sorrel.

She made sure to point out that in Jamaica, chili seed is the name they use, but for the rest of the world, the ingredient is allspice. 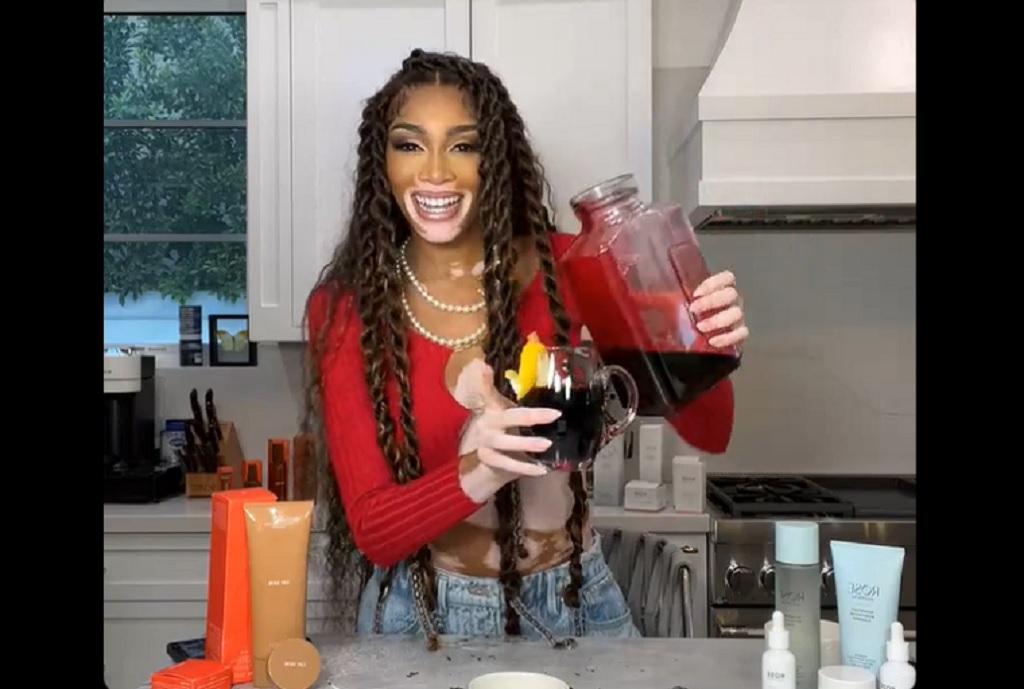 While preparing the sorrel drink, Harlow also added lemon peel, sugar, allspice, a cinnamon stick and white rum to the hibiscus before showing a bottle of sorrel that She had soaked before the IG live, and it definitely had that sought after ruby ​​red color.

Harlow is a Jamaican-Canadian model and the founder of Cay Skin, a skincare line. She noted that hibiscus is used in her Cay Skin Deepwater Lip Mask.