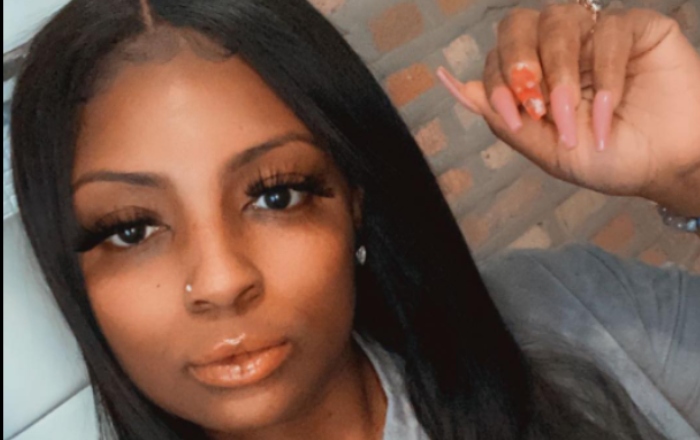 Mz. Lady P is a 32-year-old black author who was born and raised in Chicago, IL and is the mother of two boys. She is a national bestselling author signed to Shan Presents and has numerous titles to her credit. Mz. Lady P. is a black author you should know and has quickly become a fan favorite for her gritty urban romance novels.

Mz. Lady P has many series that she has written. She is best known for her long saga of books thug passion. His books can be purchased on Amazon and thiftbooks.com. In 2017, she received the “Reader’s Choice Award” from the AAMBC.

Mz. Lady P’s books take love to the streets with series that embrace pain and passion. All of his books are complete page turners having an audience looking for his next edition of any saga.

Take a look at some of our favorite Mz’s. Lady P books below!

SYNOPSIS:
Tahari Monroe has been in a loveless, sexless and abusive relationship with her boyfriend Nico for four years. The love they once shared has been replaced by his love for another woman and the feel of her fists.

Tahari sees no way out, until she meets Ka’Jaire “Thug” Kenneth. He’s every woman’s dream come true and every nigga’s worst nightmare. The relationship between them grows instantly. Tahari has fallen victim to Thug’s Passion, but can she handle the pitfalls of being the chick he needs by his side.

Past loves and enemies with vengeance and murder in mind threaten to tear down what they’ve built. Follow Tahari and Thug on a roller coaster as they fight to save their lives, their freedom and their relationship

LOVE WAS THE CASE THEY GAVE ME

SYNOPSIS:
Bella was born into wealth and brought up by strict parents. She is green to hood life. On the other hand, Jayceon was born in the neighborhood and raised by parents who robbed banks for a living. His father taught him the game and now he runs it.

In the street, it’s Blocka; leader of the infamous ski mask mafia. A group of professional bandits that includes his friends Tristan, Dominic, Rashad and his baby mama Fatima.

Regardless of his street life, he loves Bella with all his heart. He’s just too ashamed to tell her who he really is so he keeps that part of his life separate from the life he shares with Bella.

Slowly but surely, everything done in the dark is coming back to light. A series of events will turn Bella’s very existence upside down and cause her to question everything about her life with Jayceon.

Follow the couple as they embark on a journey of love, lies and deception. Witness Bella becomes a prisoner of Jayceon’s love. As she tries to figure out why love was the case they gave me!!!

Alongside King stand on the battle lines his younger brother Nasir and their childhood friend Dutch. The three rich young niggas make their mark on the streets of Chicago. Much like their predecessors, it’s either go down or go down.

Gucci, Chanel and Dior are madly in love with King, Nasir and Dutch. Love is meant to conquer all. Until secrets are revealed and family ties are closer to the couple than they think. With more money comes more problems and of course thirsty women come into the equation.

In this chapter of the Thug saga, follow the new breed of goons as they face the harsh realities of street life and make a name for themselves. They’re just young niggas living their lives in thug heaven!

Meet Jade Jones | A black author you should know

Young, Influential & African: A Look At Some Of The Top Influencers In Nigeria

Auburn is *the* hair color of the moment