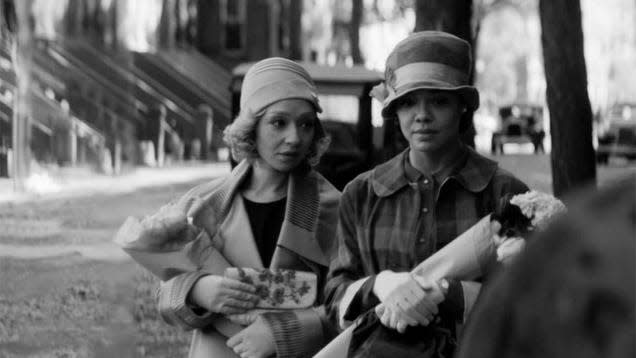 Means to an end or privilege?

Recently, a TikTok surfaced, gaining over three million views of a white-looking woman sharing a secret her grandmother took to her grave: she was black. User thekennedyproj explained that what she thought she knew about her grandmother was a way to survive and live a life as a white woman.

not kennedy on tiktok

“23andMe matched my family with a family in Virginia, which isn’t too strange because my grandmother and grandfather met in Maryland and got married and ended up moving across the country So when this family starts putting out pictures of my grandmother and her 15 siblings… I can safely say we were a bit shocked,” she said.

Millicent was actually born Mammy Vaughn in 1927. Vaughn’s parents died but she had the support of her family and siblings to care for her, the woman said. Vaughn ran away from her family and completely let go of her blackness, starting a new life by passing off as white. Vaughn died in 2002, taking the truth with her.

The woman said she was heartbroken that her grandmother felt the need to hide her identity, but was grateful for the privilege her decision had given her. Well, that’s certainly cause for an identity crisis. However, the truth of the concept of “white passage” has recently been misunderstood.

Historically, going white was a definitive choice. Between the 1930s and 1950s, biracial people used their looks to their advantage and willingly moved away from their black roots to live their lives as a white person. The motives, of course, were to live a better life and avoid the fatal consequences of being black in America. However, it’s not so much about the person who decides to succeed as it is about the society that forces them to, better said by Nella Larsen.

As younger generations attempt to grapple with identity and race, “passing white” is often a label affixed to nearly all fair-skinned people. Moreover, it is often white people who throw the term at racially ambiguous people. The white passage is an act rather than an adjective. It’s intentional, not a coincidence. It’s more than a person’s appearance or the way they speak, and it can have serious long-term consequences, as we see with Vaughn’s family.

Vaughn’s family was hidden from their lineage and would never have known their roots if they had never taken that DNA test. As if learning new things about black heritage wasn’t already an overwhelming experience, imagine learning that you have a whole new part of who you are. Although racial tensions aren’t as bad today as they were in the 1930s (for the most part), black people are now in a society where they can live successful lives while unabashedly embracing their blackness. .

Although the question then becomes, if you look white, do you pass as white? The answer is more complicated than yes or no. Some people who appear in white do not pass intentionally. This is where the “fair skin privilege” comes in. However, it’s important, especially for families like Vaughn’s, to recognize the privilege that was inherited and understand the reason their family chose to move on.

Living with the mask as a style statement