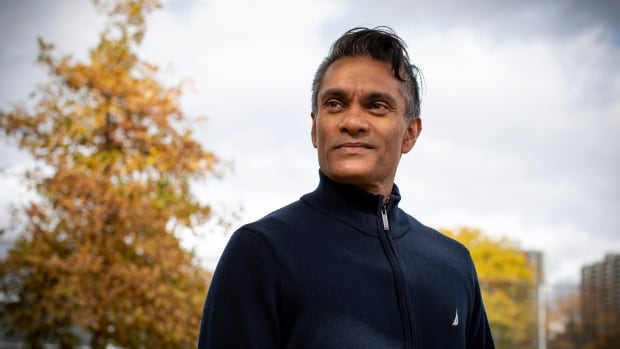 As the level of coronavirus appearing in Ottawa’s sewage continues to climb steadily, an epidemiologist says public health officials need to step up promotion of the importance of mask-wearing and three-dose vaccinations.

Raywat Deonandan, an epidemiologist and associate professor at the University of Ottawa, said the city doesn’t need to reinstate more public health restrictions, but some “common sense measures” need to be reconsidered.

“The biggest thing public health can do is not let the narrative that COVID is over become dominant because COVID is not over, we still have work to do,” Deonandan said.

On Monday, Ottawa’s COVID-19 sewage monitoring team reported the average level of coronavirus in the city’s sewage reached the same level as the peak of the first Omicron wave last January.

Deonandan said the increase is neither a surprise given the recent lifting of public health restrictions nor a cause for panic.

“No one here panics”

At this point in the pandemic, he said people know how to protect themselves by wearing masks, improving workplace ventilation and rolling up their sleeves for a third dose of the vaccine.

“No one here is freaking out or crying woe from the rooftops,” Deonandan said.

“The important part here is the communications narrative, making sure people understand that there are still things they need to do to protect themselves and each other.”

The last time Ottawa saw similar levels of the coronavirus in the city’s sewage was in January, when stricter public health measures were already in place.

Dr. Doug Manuel, physician and senior scientist at The Ottawa Hospital, said he is monitoring the current rate of increase as it will help indicate the level of community immunity.

Gradual-sloping patterns suggest it will be a more modest surge than the city saw in January, he said.

“So we’re paying attention to what we’re seeing in Europe and other places where it’s growing quite rapidly,” he added.

Manuel said Ottawa is seeing an increase in test positivity among youth and young adults, ages 15 to 25, a population that may be less likely to be hospitalized.

“The people who are getting sick now may not be the ones who are going to affect vital services or be hospitalized in a few weeks,” Manuel said, adding that the city still hasn’t seen the full effects of the restrictions. lifting.

In early January, Ontario canceled its reopening plan to allow the province to preserve hospital capacity while accelerating the deployment of booster doses.

Currently, 62% of Ottawa residents aged 12 and older, the groups eligible for three doses of the COVID-19 vaccine, have received all three. This represents approximately 54% of the city’s total population.

This includes at CHEO: Sundays the children’s hospital dashboard showed four COVID admissions where the main reason for admissions was related to COVID.

We are moving into a space where individuals and their families must choose how, rather than being mandated, to best protect themselves.— Ottawa Public Health

Tammy DeGiovanni, senior vice president of clinical services and chief nursing officer at the hospital, said ER volumes increased through February and into March, but that’s typical of the season.

She called it “regular emergency service” with a mix of injuries, as well as respiratory illnesses and many different reasons, and there’s no “big theme”.

She also advocates for masking and vaccinations, but said she believes public health officials are also spreading those messages as best they can.

Choose how to protect yourself

In a written statement, Ottawa Public Health said it would continue to monitor key COVID-19 indicators, including hospitalizations, and assess options if they begin to “elevate in a concerning manner.”

The health authority continues to encourage the use of the mask as an additional layer of protection and recently launched a harm reduction webpage to help individuals and families assess their level of risk for serious consequences.

“We are moving to a space where individuals and their families must choose how, rather than being mandated, to best protect themselves,” the statement read.

WATCH | The parent still does not feel safe after two years:

Ellie Baird says she is disappointed that after two years of diligently adhering to public health guidelines, her family still does not feel safe due to the end of restrictions. 1:04