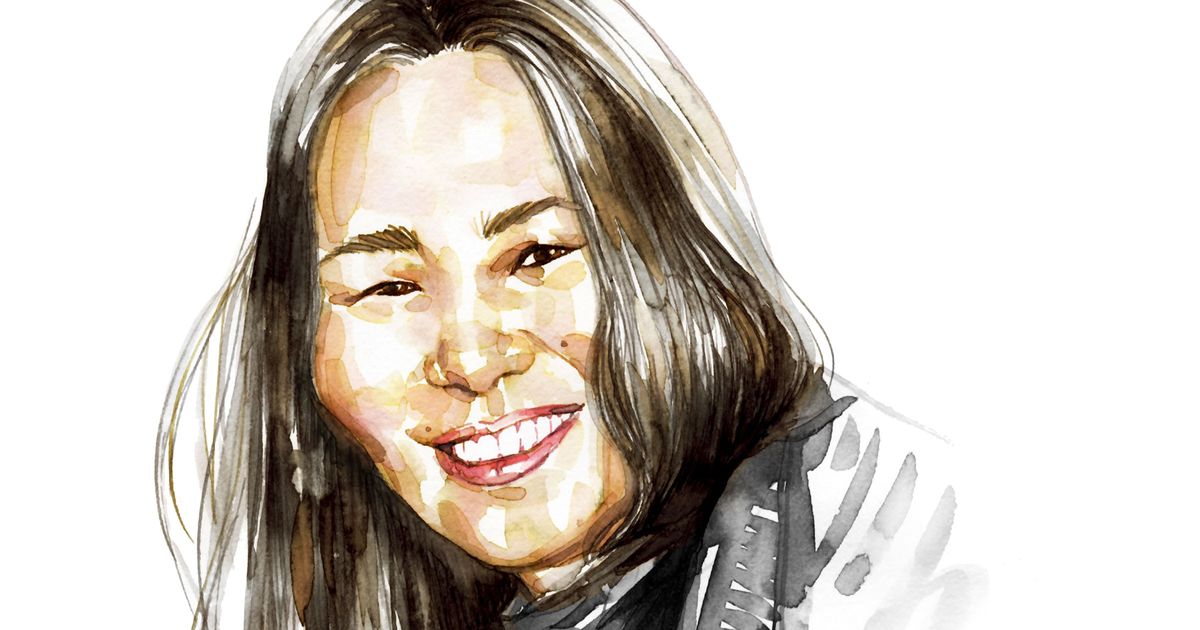 For this special Fashion Week edition of “How I Get There,” we ask successful women how to manage their careers and lives during this hectic time of year.

When Jin Soon Choi moved from Olympia, Washington, to New York in 1990 with only $400 she had borrowed from her sister, she immediately went to work at the now closed Korean nail salon, Sunny Nails, in the Upper East Side. There, she built up a clientele for which she offered in-home manicures and pedicures, bicycling to and from their apartments, and earning herself the nickname “Bicycle Jin”. One such client, Andrea Pomerantz Lustig, who was beauty director at Cosmopolitan at the time, introduced Choi to the Mark Edward Inc. agency, launching her into the publishing world.

In 1999, Choi opened a boutique nail spa in the East Village, the first of four across the city, and in the years since, she has established herself as a mainstay in the nail art world. Since then she has worked with brands such as Revlon, CoverGirl, L’Oréal, Maybelline, Sally Hansen, Mac, Sephora, Louis Vuitton and Michael Kors; had his work featured in The New York Times Magazine, Harper’s Bazaarand vogue; and worked with the likes of Irving Penn, Marc Jacobs and Amy Smilovic. In 2012, Choi launched her eponymous nail polish line, which now sponsors runway shows during New York Fashion Week.

Choi – who lives in Soho with her husband, John (who happens to be the architect behind each of her spas), and their three cats, Choco, Bonbon,
and Consuelo – is one of the most sought after artists in the fashion industry. So it’s no surprise that her Fashion Week schedule is packed and hellish. She explained to us how she does it.

On a typical day during Fashion Week:
I don’t mind working late, but I hate getting up early. I’m a night owl, so I stay up until two or three in the morning. If I have a morning shoot or a 10 a.m. show, I’ll get four or five hours of sleep. My last fashion show will be at 8 p.m. In the meantime, I also have photoshoots — yesterday I had a Lanvin photoshoot. If I don’t have a show, I get up around nine o’clock because I usually go to bed around 2 or 3 in the morning. I have a really good assistant that I trust and I send her to test shoots if there are overlapping bookings, so we sort of share. If there is no overlap, I go for everything.

I’m not used to going to bed early; I can’t go to bed early. I try, but I can’t get used to it. Once in a while, I can take a nap if I’m really tired on set. I have worked with this team for a long time. We know each other very well, so they put a couch in the beauty room, and sometimes I take a nap on the couch for 30 minutes.

On the most stressful parts of the process:
My schedule is managed by my agency, but it’s the worst during Fashion Week. I have a lot to do, and it’s really hard to juggle. Sometimes things change at the last minute, but generally we try to plan at least two days in advance. My agent enters all of this into Google Calendar, and it reminds me.

While keeping his stamina:
Now I know which shows won’t get food and which will. At home, I will eat before leaving. I will eat lots of fruit and oatmeal. I try to bring an energy bar or some fruit in my bag or some nuts. I’ll bring some sort of quick snack and my coconut water and orange juice. It gives me energy quickly.

While moving:
I can’t take the subway because I have big bags, so I’ll take a Lyft or an Uber.

On his backstage uniform:
I’m not stylish. I’m more laid back and comfortable. I wear t-shirts and jeans. My favorite shoes are Nike sneakers because I have to walk and move around a lot. Comfort is the first thing I think of. People think backstage is very glamorous, and it’s not. Sometimes we have to sit on the floor doing our toes, and I have to make sure I’m wearing something comfortable. I’ll be wearing fun tie-dye tops.

On the parts of her routine she forgoes during Fashion Week:
I don’t have time for anything. For skincare, I will still do K-beauty steps but no mask, no extra self-care. No exercise. No meditation. I have to concentrate on preparing for my fashion shows, so I can’t concentrate on anything else. I know that when it’s done, I can go get a massage; I can go on the rowing machine, the treadmill and the bike. I know they will be there after Fashion Week. If it wasn’t for Fashion Week, I’d be doing the treadmill and jumping rope.

At the end:
I love K variety shows, like comedies. Another thing that really helps me is when I watch cat and dog videos on Instagram Reels. It really relaxes me and makes me happy and frees me from my stress. Many cats are so smart. They are better than human beings.

Have help at home:
My husband takes care of the cats. I work from home when I don’t have any shoots for my Jin Soon hairspray line, so I have a home office, and one of my cats will always be with me, but I can’t do that when I’m party for Fashion Week. I think I miss them; they walk around when i have to leave early like, Where are you going, mom? i just watched In the mind of a cat, so I tried to train Consuelo. She’s not smart in general, but when it comes to food, she can be.

On the leap of commitments:
I’m actually a pretty responsible person, so I can never do that to a designer. I can’t do this to anyone. Even if I don’t like the look or the color, I can’t leave them at risk. We can talk about it next season, but I can never not introduce myself. Even though I’m sick and dying, I have to go.

On what makes a successful Fashion Week:
Number 1 is not a drama with my team. Also that work is going well. If something goes wrong, it’s no fun. If an hour before the show, we still have models to make, it’s not good. My heart starts beating. The nail polish needs to dry and I don’t want to paint while they are lined up. I want to get the job done before they line up for the show. I want everything to go smoothly and well, without delays or drama, as I had planned.