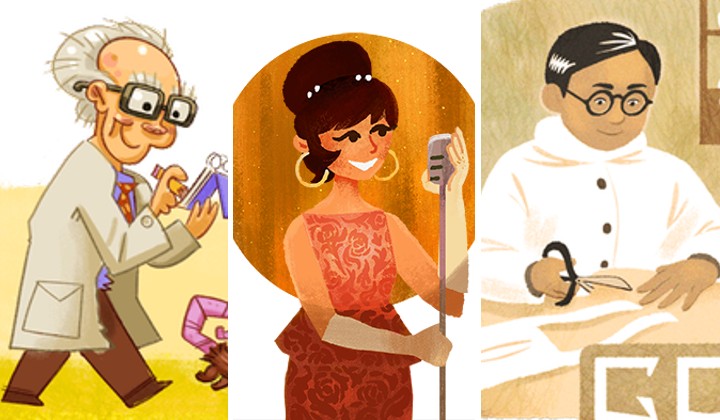 Historical Malaysian Figures You May Not Know, But Google Does [Part 2]

Subscribe to our Telegram channel for the latest stories and updates.

Did you think we were done? No, there are a lot of great Malaysian characters, so that’s part 2! Check out the first part here.

Benedict Sandin (Sandin Anak Attat) was a Sarawak-born folklorist and ethnologist who served as the curator of Borner’s oldest museum – the Sarawak Museum. Also Iban himself, Sandin is known to be one of the world’s foremost experts on Iban culture and has dedicated his life to preserving his native heritage.

He was among the first to document Iban history, culture and language by absorbing and recording the wisdom of local genealogists, bards and historians. His notable works include The Sea Dayaks of Borneo before the reign of the White Rajah and Sources of traditional Iban history.

Without him, one of Malaysia’s treasured indigenous traditions and heritage would not be preserved for the younger generation. He deceased from lung cancer in 1982, at the age of 64.

Google honored Benedict on his 102nd birthday, October 18, 2020, with a doodle of him preserving Iban’s story, surrounded by Sarawakian artifacts.

Saloma or Salmah Ismail was a Singaporean-Malaysian actress, singer and fashion icon who rose to fame in the 1950s. She made a name for herself in the entertainment world and became a successful trendsetter. She was always seen sporting her signature bobbed hairstyle and inimitable clothes (most of which she sewed herself).

Saloma was best known for her lemak shit (full and sweet) singing voice that made her the first of two people – the other was Datuk Sharifah Aini – to be awarded the prestigious Biduanita Negara (National Songbird).

She went on to marry legendary icon Tan Sri P. Ramlee and the duo became Malaysia’s biggest power couple. Saloma starred in films throughout the 60s and released albums for the rest of her life. She died at the age of 48 due to liver failure associated with jaundice.

On November 26, 2020, Google celebrated Saloma on the date she received the Biduanita Negara title in 1978 by the then Malaysian government. Her doodle is similar to that of her beloved husband with musical notes lighting up her background, signifying her melodious angelic voice.

Dr Wu Lien-Teh was a Penang-born epidemiologist, who originally invented the surgical mask which later evolved into the N95 mask. He was commissioned by the Chinese government in 1910 to investigate the disease – later known as the Plague of Manchuria, a very deadly plague in 1910-1911 that claimed the lives of 60,000 people – and discovered that the disease was transmitted through the air rather than by fleas.

He was even nominated for a Nobel Prize in Physiology or Medicine for his work fighting pneumonic plague, making him the first Malaysian and the first person of Chinese descent to receive the nomination.

READ MORE: The original N95 type mask was designed by a Malaysian

Dr. Wu’s efforts changed not only China’s public health but also the whole world by introducing face masks and promoting quarantine. He died in 1960 aged 80 after suffering a stroke while at his home in Penang.

He is honored by Google with a doodle of him making the mask and encouraging others to wear it for their protection. March 10, 2021 marks the 142nd birthday of our brilliant and resilient doctor.

Dr. Lim Boo Liat was a Malaysian zoologist and a leading authority on all things Malaysian biological diversity. He helped start the National Zoo of Malaysia and has written over 300 scientific papers and several books on mammology and parasitology.

He is known for studying small mammals like rats, squirrels, bats as well as reptiles and amphibians. For his six-decade contribution to the conservation of Malaysia’s biological diversity through the study of vector-borne diseases, he was awarded the 2013 Merdeka Prize in the environment category.

He was also the first Southeast Asian and fourth Asian to be awarded Honorary Fellowship by the American Society of Mammologists in 2003.

Dr. Lim had several animals named after him as a snake, a frog, a chigger (the larvae of a scrub typhus mite), a protozoan, a flea, and three parasitic worms that have all the words limbooliati Where booliati in their scientific names. He sadly passed away at the age of 94 in July 2020 at his home in Cheras.

Google celebrated the life of Dr Lim (June 21, 2022) on the day he received honorary membership in 2003. The doodle depicts him observing wild creatures following him, spelling out the Google logo.

Azah Aziz (affectionately nicknamed Mak Ungku) was a pioneering Malay woman journalist, author and cultural expert. She wrote without fear or favor and addressed such sensitive issues at the time as equal pay, separate taxes for working women, and Muslim family amendments.

She was also so fond of Malay literature and textiles that she published several books dedicated to them including Pantun-pantun Melayu, Rupa dan Gaya: Busana Melayu and Selayang Kenangan. His book Rupa dan Gaya: Busana Melayu was considered special as she is one of the few to incorporate poems from hundreds of years ago to describe resplendent Malay textiles in her book.

They sum up his love for Malay textiles as well as literature with a Songket (with a bunga tabur pattern) in the background and her being in her most beloved uniform (Baju Kurung) while holding a book.

READ MORE: Did you know that an awesome Malaysian cultural icon is on Google Doodle today?

Overall, Malaysia has many talented people who have contributed their entire lives to the well-being of knowledge, culture and the well-being of others. Their lifelong work indirectly elevates the name of Malaysia with them and we thank you for their efforts.

Read our first list of amazing Malaysians remembered by Google here. Discover the contributions of our National Athlete, Freedom Fighter and National Artists.

READ MORE: Historical Malaysian Figures You May Not Know, But Google Does [Part 1]

READ MORE: The artist’s amazing drawings remind us of these 5 “masterpieces” of Malaysian film