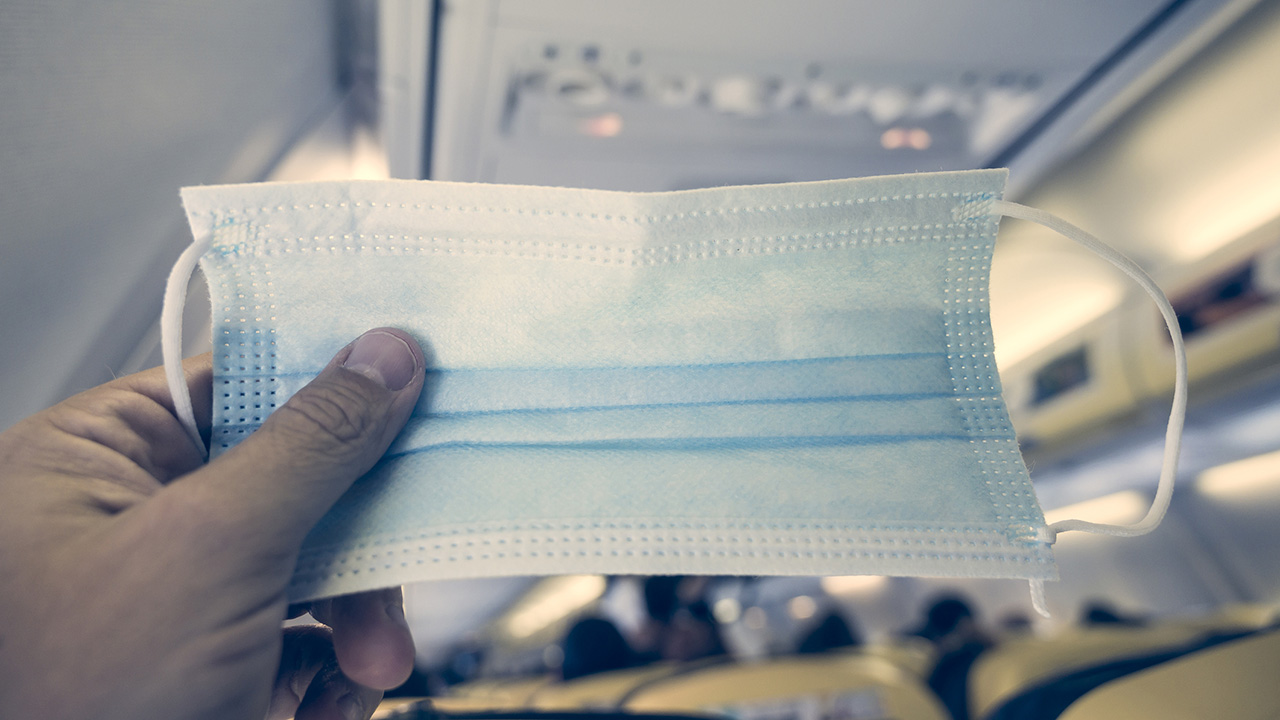 (NEXSTAR) – Unruly airline passengers may still be trying to ignore the federal mask mandate, but at least one flight attendant is ready to annoy travelers to comply.

The unidentified flight attendant, whose no-frills pre-flight speech went viral on TikTok, could be heard telling passengers on a recent flight to Las Vegas that she was ready to be “boring.” If she saw someone wearing their masks incorrectly – even if they were sleeping soundly in their seats.

“If that face cover isn’t on your face properly, I’ll wake you up.” And I don’t care, â€the flight attendant, who is not on screen, can be heard in the video.

â€œI’ll be boring. We don’t have be boring, but I will be.

The flight attendant also pointed out a few passengers who were already letting their masks slip off their noses and issued a warning specifically to this group.

â€œI’m already seeing noses right nowâ€¦ and we have a COVID test on board, we’ll dab you. It will be free.

The speech, which was recorded by Los Angeles resident Tyler JaneÃ©, has since been viewed nearly 3 million times on TikTok in the past week.

â€œIt confused me a bit,â€ JaneÃ© told Nexstar, â€œbut I agree with her 100%. The flight attendants struggled with the passengers because of these masksâ€¦ She must have already deal with a lot of things to have this conversation with us.

TikTok viewers largely agreed with JaneÃ©, with many supporting the flight attendant.

“I don’t blame [her]â€Wrote one viewer. “I work in the health sector [and] I’m so sick of asking people to do something that has been the rule for over a year.

â€œShe should be in charge of the country,â€ wrote another TikTok user. â€œWe would be done with COVID IN THE FIRST YEAR. “

JaneÃ©, too, ended up being a big fan of the flight attendant’s remarks.

“I support her, I think she’s a queen,” said JaneÃ©, who declined to identify which airline the attendant worked for. “I think she was his most genuine self.”

This flight attendant, meanwhile, is just one of many employees in the airline industry who have expressed frustration with unruly passengers. In June, an American Airlines flight attendant berated disruptive passengers for making the flight “a living hell” by refusing to honor mask warrants. The following month, the Association of Flight Attendants (AWA-CFA) called on the Justice Department to take action on an increase in incidents caused by unruly and sometimes â€œphysically violentâ€ passengers, citing a survey that found 17% had suffered a physical altercation in 2021 alone.

The Federal Aviation Administration has also confirmed a “worrying increase” in violent or disruptive behavior since the start of the year. According to the agency’s most recent data, nearly 4,300 reports of unruly passengers have been reported to the FAA since the start of 2021, and nearly three-quarters of those incidents were mask-related.

The FAA has also proposed more than $ 1,000,000 in civil penalties (collectively) against some of these disruptive passengers since adopting a zero tolerance policy in January.