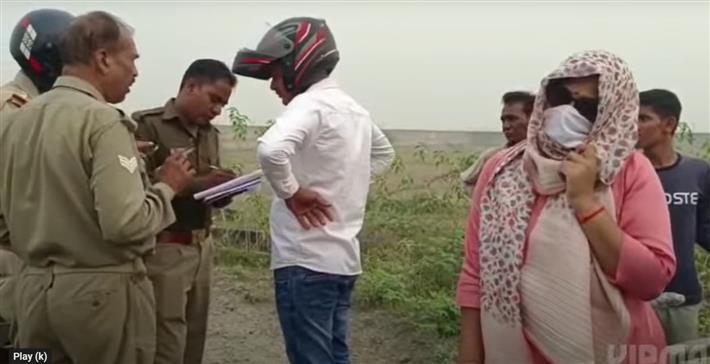 Find out how a female senior UP police officer dressed up to test local cops: The Tribune India

In what turned out to be a mock drill, Auraiya Police Superintendent Charu Nigam disguised herself and dialed an emergency number with a fake armed robbery complaint to test the local police response.

The cops apparently passed the test and won the appreciation of the SP.

On Thursday, Charu Nigam, an IPS officer and Superintendent of Police, Auraiya, wore civilians and used his dupatta, sunglasses and mask to completely hide his face from his subordinates.

Nigam pretended to be the victim of an armed robbery by dialing 112, the control room number for such SOS calls from the highway.

The hotline promises help within five minutes, no matter where you are.

“Hello, this is Sarita Chauhan. I was robbed by two armed men,” she said in a high-pitched voice.

Videos and images shared by Auraiya Police on Twitter show the officer talking on the phone on a deserted stretch of road.

Three police officers apparently responded to his distress call and came with a team.

Officers took note of the complaint and inquired, unaware of the woman’s true identity.

The team checked the vehicles for about an hour before getting the shock of their lives when the SP removed his dupatta and sunglasses.

According to the police tweet, the SP wanted to check the “response time” of the local police and found it “satisfactory”.