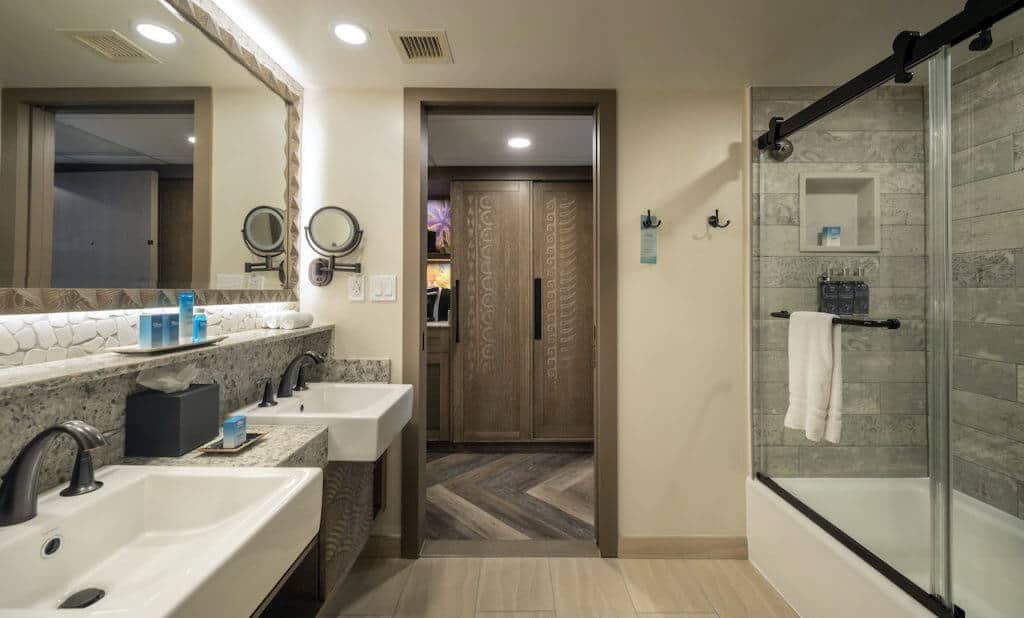 Recently, it was confirmed that the company behind Disney’s popular H20+ body care products will be shutting down soon. This led to a run on discounted items on shopDisney.com, where everything from star wars: Galactic Starcruiser Skincare Specialties, Sea Marine In-Room Shampoo and Conditioner are now sold out.

Related: Bob Chapek Insisting On ‘Making Decisions That Take Him Away’ From Bob Iger

Ever since Walt Disney Company CEO Bob Chapek took over from Bob Iger just before the COVID-19 pandemic, Disney fans have found themselves at odds with many of the decisions that have been made.

From cultural shifts to financial shifts to the development of Disney+ to the state of the Disney theme parks themselves, Walt would likely barely recognize the company he left behind. Some Disney fans even think that Mr. Disney would be “rolling in his grave” because of some recent developments.

Perhaps the Walt Disney World Resort experience has received the most criticism, as the company’s flagship property has implemented controversial changes.

From the removal of free FastPasses in favor of paid Lightning Lanes to the controversial Genie+ platform, to reducing food portion sizes at Walt Disney World Resort and Disneyland Resort, to the quality of merchandise at theme parks up to billing $6,000 for a two-night stay at the Galactic Starcruiser hotel, Disney is overcharging and underperforming in the minds of many fans.

Now, a new online thread has fans discussing that replacing Disney’s soap — particularly at Walt Disney World — will be a “litmus test” for the theme park’s future.

The original poster noted that soap is the “great equalizer” on-site, as all guests receive the same in-room skincare and bath products whether they stay at Disney Deluxe, Disney Moderate, or Disney Resorts. Value Resorts.

They continued to write:

What will Walt Disney World replace the provided/additional H2O+ soap service moving forward? A more generic or inexpensive brand that lacks the uniqueness of current offerings, an optional service that pays more, or something at or above the same level of uniqueness and quality? While it can be argued that many of the changes enacted over the past few years were not made out of sheer greed, in my eyes a cutback in personal care products cannot be. Soap is non-negotiable.

For what the stations cost, I would like to see themed amenities. At values, it can be just a basic sports, music or movie themed shampoo/conditioner/soap/lotion. At Pop, maybe something like the classic VO5/Irish Spring packaging they have at Universal’s Pop Century. Maybe a slightly larger set in the middle, like now they have a separate face wash or sunscreen. Next level I expect what I got at Miracosta Hotel at Tokyo Disney Resort: Toothbrush, Toothpaste, Shampoo, Conditioner, Lotion, Soap, Mouthwash, Sewing Kit, Face Mask, Hat shower, all with a brand specific to the hotel.

I’m sure we’ll get something like big wall-mounted dispenser bottles and a note about reducing single-use plastics. I don’t mind but I know a lot of people who see soaps as a “free souvenir”.

Someone else expressed a slightly different opinion, saying they’re more intrigued than concerned about what Disney is doing on the soap front in the future:

What better subject than soap for a soapbox? Ha ha.

Kidding aside, I absolutely agree with you, there’s a lot to disparage Disney over the past few years. However, I hope this will not necessarily be a shameful message, just a discussion. I’m always curious how Disney is moving forward, for better or for worse. For what it’s worth, I still consider the loss of DME to be the most confusing and terrible choice of recent times.

Finally, another Disney Parks fan chose to focus on how the soap situation – for better or worse – has seemingly brought visitors together through the nostalgia rush:

Only for Disney World, would there be a write-up of several paragraphs on theThe nostalgic attachment of soaps and what it means for parks in the future. And I love that.

What do you think Disney Parks will do now that H20+ products will no longer be available?

Titans’ Iain Glen could be the perfect Bruce Wayne