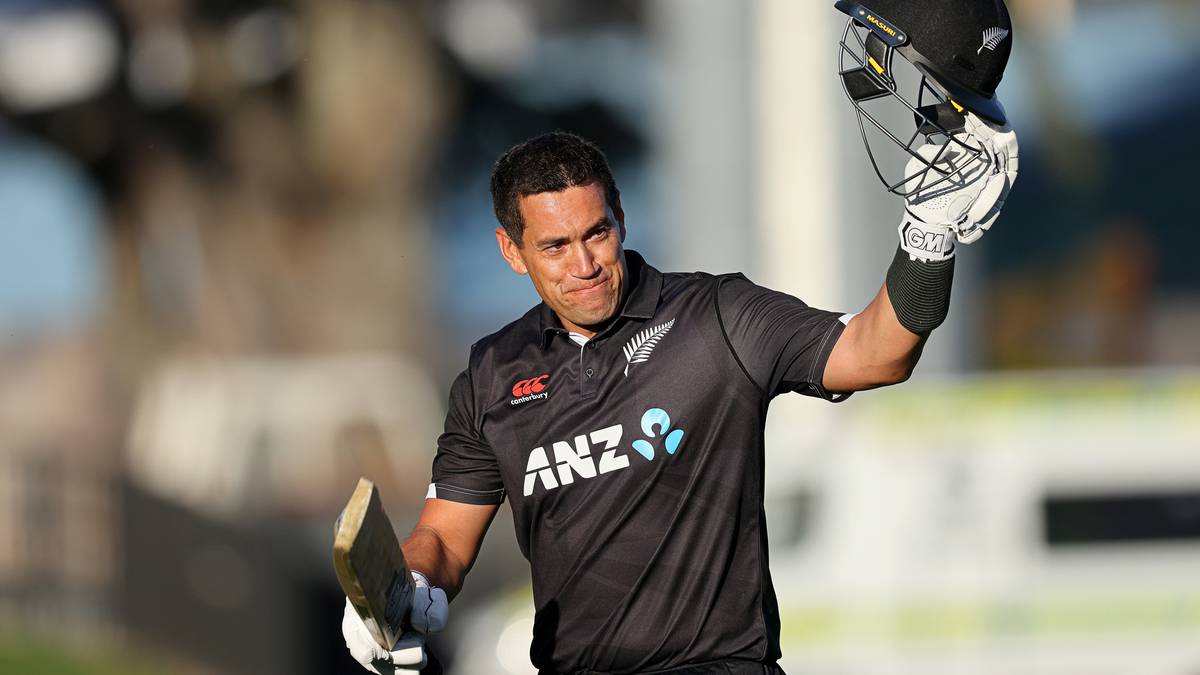 It ended with a slog sweep.

Sixteen years after starting one of the great careers in New Zealand sport, Luteru Ross Poutoa Lote Taylor has played his last shot in international cricket.

It was, fittingly, the shot that became Taylor’s trademark, the one with which he plundered countless borders in 450 games for his country.

Less appropriately, after spending the last six minutes earlier on the midwicket, that shot went straight, ending a brief spell in the middle at Seddon Park and ending Taylor’s Black Caps tenure.

But the dismissal didn’t really matter. The details either: caught and knocked down by Logan van Beek, as the Netherlands tried in vain to avoid a 3-0 series defeat.

What mattered to those on the ground on a sunny Hamilton afternoon was the opportunity to say goodbye – and thank – this country’s most prolific batsman.

The long goodbye that began with Taylor’s Test match final in January culminated in the moments before his final one-day international match. Typically, the national anthem is only played before the first game of a series, but there was nothing typical today.

As per Taylor’s request, he was given one last chance to hear the anthem while wearing a silver fern on his chest. Standing arm in arm with her good friend Martin Guptill, the Mackenzie kids, Jonty and Adelaide by her side, Taylor couldn’t help but let the tears flow.

Seddon Park was regularly filled with people lucky enough to avoid working in favor of Kiwi cricket history. There were homemade signs of support, black shirts with Taylor’s name on the back and, in 2022, even a mask emblazoned with his face.

New Zealand had already won the toss and, much to the delight of home fans, went for the bat: the Black Caps and Taylor would likely get their 50 overs.

What those fans hadn’t counted on, however, was the 203-run partnership Guptill would share with Will Young for the second wicket, a stand that left Taylor watching and waiting with his pads strapped into the clubhouse.

He saw Guptill make 7,000 runs, the fourth New Zealander to reach this club, one managed by Taylor. It saw Guptill reach the 17th ODI century, coming second on the all-time list, behind, you guessed it, Taylor with 21.

And then, finally, he watched Guptill fall from the first ball of the 39th. The crowd rose almost instantly as Taylor rose to his.

Guptill lingered just inside the boundary and greeted his best man with a punch, as the Dutch players formed a guard of honor near the wicket.

After being stung on the first ball of the glove, Taylor called the coach and caught the eye, then took off with a cut to the point.

Each run was cheered on and adding to the atmosphere, the speaker system played UB40’s Red Red Wine, honoring the man of the moment.

Then it was time for Taylor to give the crowd something to really cheer about, dropping to one knee and unleashing her trademark sweep for six.

He appeared in the mood. The cameo seemed like the one to suit her glittering career. But then, 22 minutes into it, it was over.

A poorly timed van Beek slog flew off Taylor’s top edge, high into the sky, and that was it.

The crowd rose to their feet once more as Taylor took off his helmet, waving to each other for the last opportunity. And just like at the start of his innings, Guptill was ready and waiting when Taylor returned, greeting his mate with a big hug.

Virus Experts Warn It Could Happen Next – Eat This, Not That

Slugging: the best moisturizers for the TikTok trend