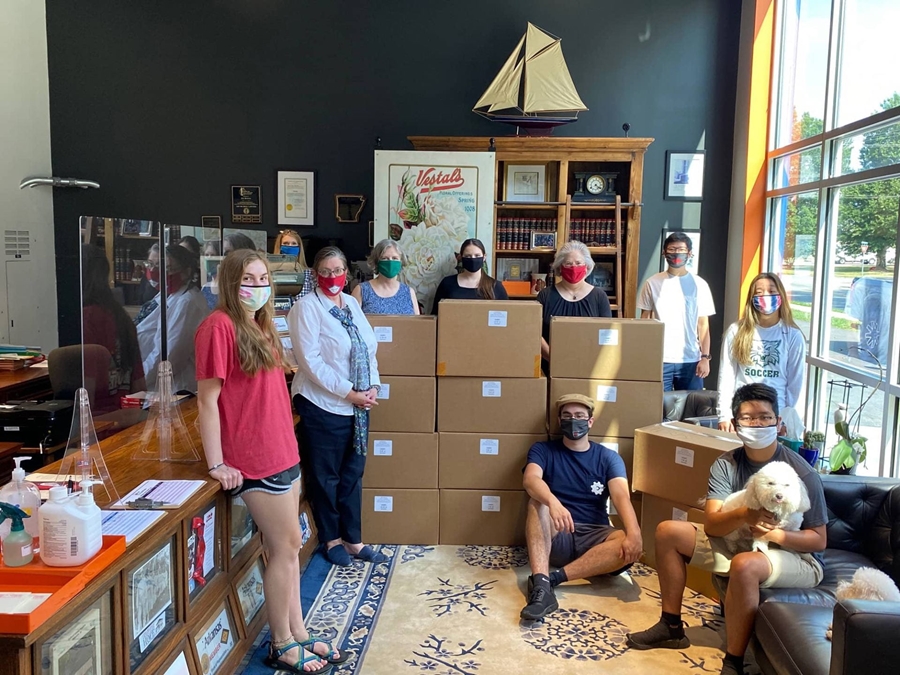 Adam Jackson (in white t-shirt right) with members of the company he founded with his mother, Lisa Ferrell (left in white shirt).

As the pandemic escalated in March 2020 and businesses shut down typical operations, honors student Adam Jackson and his mother Lisa Ferrell, an attorney who represents Little-Rock-based clothing manufacturer TY Garments, has decided to reuse his client’s machines to produce a fabric face masks. Together they formed a company which they named ARClothMasks and immediately started selling masks. Initially, the goal was to make 100 masks that they would share with family friends and other members of their community. However, demand convinced them to expand their business.

“Things got off to a really quick start,” recalls Jackson. “There was news every week about the shortages in different states. We have filled that void.” Jackson, Ferrell and five employees they hired worked to deliver masks to as many businesses and schools as possible, as quickly as possible.

“Our goal was to be a mask supplier that customers could trust to deliver a safe product on time,” Jackson explained in a recent Honors College blog post. “Our competitive prices, short delivery times, and high quality products have helped us gain customers across the country.” Many companies were reluctant to purchase masks from overseas suppliers due to lack of trust and long delivery times. Doing business locally with ARClothMasks was a safer bet for many companies.

To date, ARClothMasks has sold over one million masks to over 1,000 businesses, hospitals, schools and universities in the United States and to troops overseas. The company was a finalist for the 2021 annual Arkansas Company of the Year awards.

Despite its massive and timely success, the company experienced its fair share of challenges in its early days. 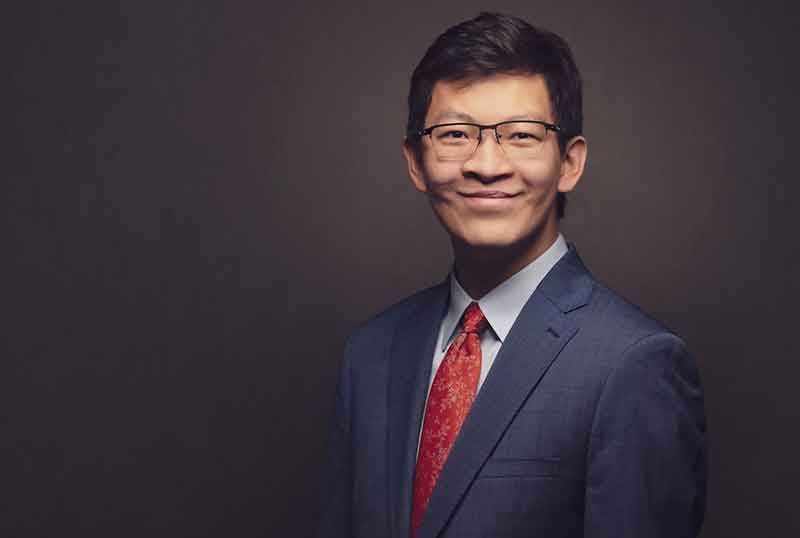 “One of the toughest weeks in our business history was when we got banned from Square, PayPal and Stripe within seven days,” Jackson explained in the blog post. “We started the business using Square because its easy-to-use user interface made it the most attractive. However, once the money started pouring in, our account was flagged as suspicious and therefore suspended. We quickly adapted to using PayPal, but it was also banned once invoices started being paid. Stripe was the last straw and that also let us down. We ended up using our contacts at a local bank to log into an invoicing platform, InvoiceASAP, which wouldn’t put any hold on our account. ”

Jackson, an information systems major with a blockchain concentration at Sam M. Walton College of Business, had to employ marketing tactics to attract customers. This included spending hours designing flyers, shipping mask samples, and writing personalized emails and letters that didn’t always turn out to be successful.

“Startups are risky,” he admitted. Still, Jackson points out that anyone could follow in his footsteps. “Being able to adapt and persevere is what got me through the day. The best advice I have is figure out what you can learn on your own and what you need to outsource. The best leaders know their limits and know when to ask for help, ”he said. noted.